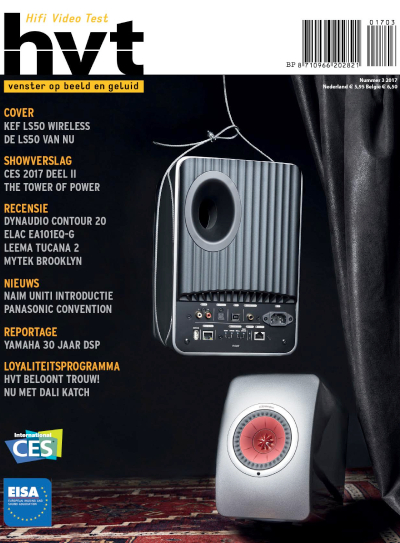 With its roots firm in the last quarter of the 20th century, HVT became a household name after switching its name from Stereo Hifi Test (founded in 1972) to Hifi Video Test. Reason for the name change was the introduction of video, fueled by the acquisition of Klank&Beeld in the beginning of the eighties. In oktober 2009 HVT was acquired by Brinkman Publishers and merged with its biggest rival magazine Home Studio. HVT became the oldest ánd biggest magazine in the Netherlands and Flanders after the acquisition of Vi-Fi Magazine in 2011. In 2015 Ernst Neve was appointed to succeed Theo Wubbolts as editor-in-chief of HVT and introduced some subtle changes in both content and looks of the magazine in an effort to innovate and make HVT more appealing to a broader group of readers. His new vision resulted in a repositioning of the brand, fitting better in our day and age. From this point on HVT wants to reach out to new audiences with the help of its ambassadors, being its readers and subscribers. By fusing the experience of yesterday with the vision of tomorrow we will do all we can to inform everybody about the joy and emotion quality music can bring them. To make hifi enjoyable once again. Maybe not in the ways we knew, but most certainly in the ways we do now. To accomplish that HVT visits the most important international fairs (like CES, High End Munich and IFA) and every national fair in the Benelux. Apart from the novelties and trends we pick up there, we bring exciting news on hifi and AV both from abroad and from the home front, report dealer visits, review quality AV equipment, write background articles, do factory visits and perform the comprehensive of tests. All this to achieve our common goal: spreading the word of quality hifi to as much people possible. To speak in the words of a wise character: “to infinity and beyond!”